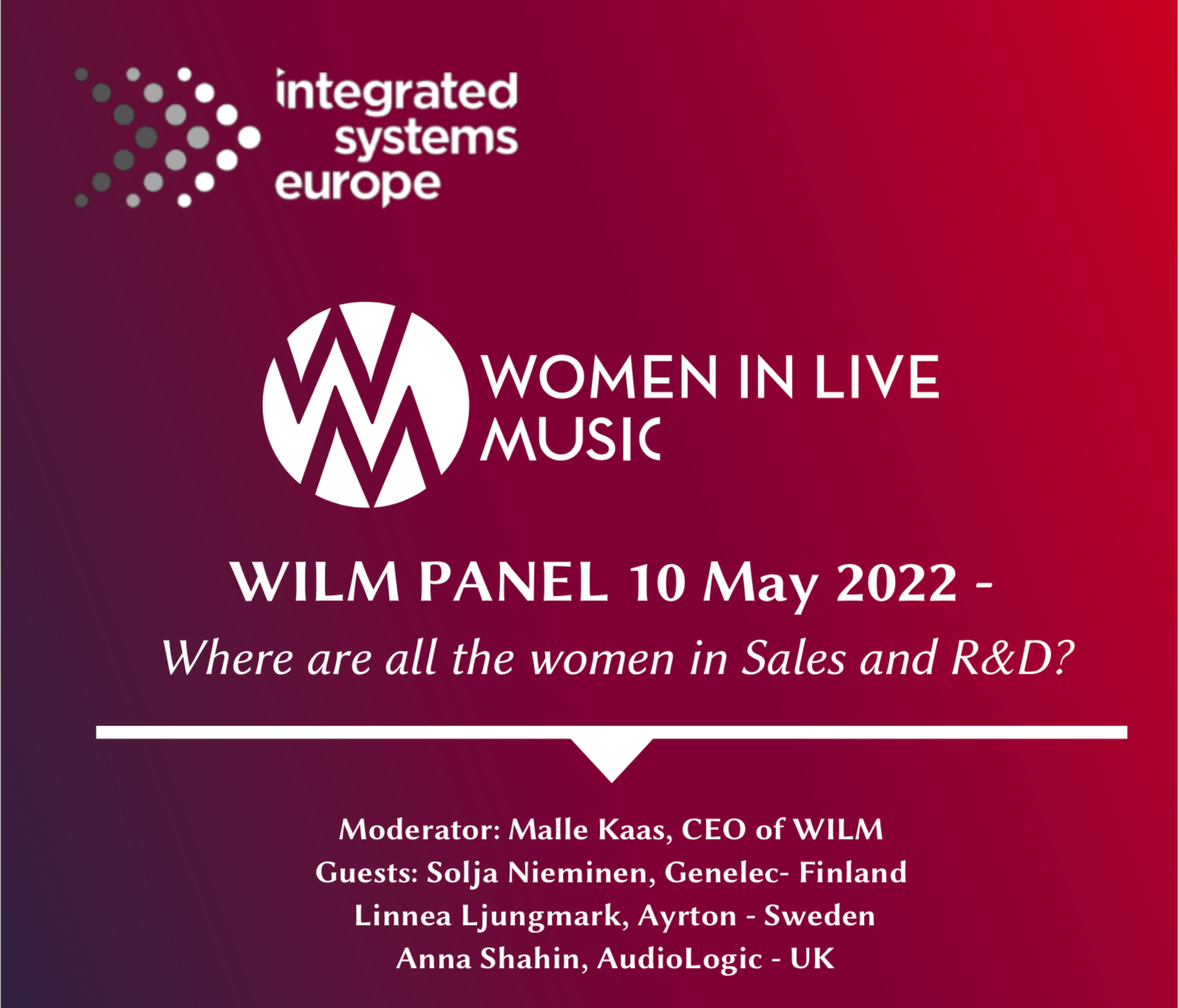 WILM panel “Event industry: Where are the Women in sales and R&D”

One of the first things the panel was discussing was the lack of role models in the AV- and event industry. The panel said that the absence of female role models is making it more difficult for women to feel comfortable as they are missing someone to identify themselves with and that this can lead to a feeling of stigmatizing. All panelists mentioned that when they started they had none or only very few female colleagues to look up to. The panelists mentioned as well that there are still only a few women in top positions.

Often women do not know enough about the possibilities within the AV- and event industry when it comes to the various job positions, career paths etc. as there is not a tradition for women to choose this path. The panel ment that because of this the women would due to the lack of knowledge for obvious reasons not choose this path. All of the panelists said that they got into the AV field by coincidence.

However, a way to solve this lack of knowledge about the AV and event industry could be to seek out high schools, universities and other educational institutes to inform and encourage especially young females to pursue a career in this field.

There is still to this day not much data to make exact conclusions why there is a lack of women and other minorities in the AV- and event industry. According to the panel it would be appropriate with a broader survey and research that could be made to know exact reasons why women tend not to apply for work in the AV- and event industry. Solja Nieminen from Finland has helped setting up the survey ‘AVITA’s Diversity and Inclusion in the AV Industry survey’ an initiative that should help to collect more data on the topic (AVITA is the audiovisual association of Finland). It has now been launched in Finland and the plan is to distribute the survey to other countries in order to get a better understanding of the current situation, at least in Europe.

Having an element like the WILM Diversity Lounge at a trade show has turned out to be notable..

The panel agreed that it was nice to have women visible represented as well as to have some peers to connect and identify with. Linnea Ljungmark mentioned that she did not feel represented years ago when women were mostly only represented at tradeshows as hostesses/showgirls. Somewhat we see less of, but unfortunately still present at some booth

The change for a more balanced attendance of genders in the AV- and event industry should happen gradually. Meaning hiring should happen due to working skills and not for quotas, which was stressed out by all three panelists.

It should not be about having more women than men doing the job or vice versa. But to be the most qualified for the job as the determining factor.

However, as it will take a new generation of female professionals approximate 2-3 years or more to gain the necessary knowledge and experience, it is still important already now to introduce more women to the industry by encouraging and show them great role models, concluded the panel

Often women do not know about possibilities within the AV- and event industry including the kind of positions, and career paths that exist. The panel suggested that with an approach from firms and manufacturers to make themselves visible by offering internships and other ways of collaboration with educational institutes could inspire women to go for a career in the AV- event industry after graduation.

Target marketing involving women including pictures, articles and stories aimed for women is essential to attract women and those identifying as women to tradeshows and firms.