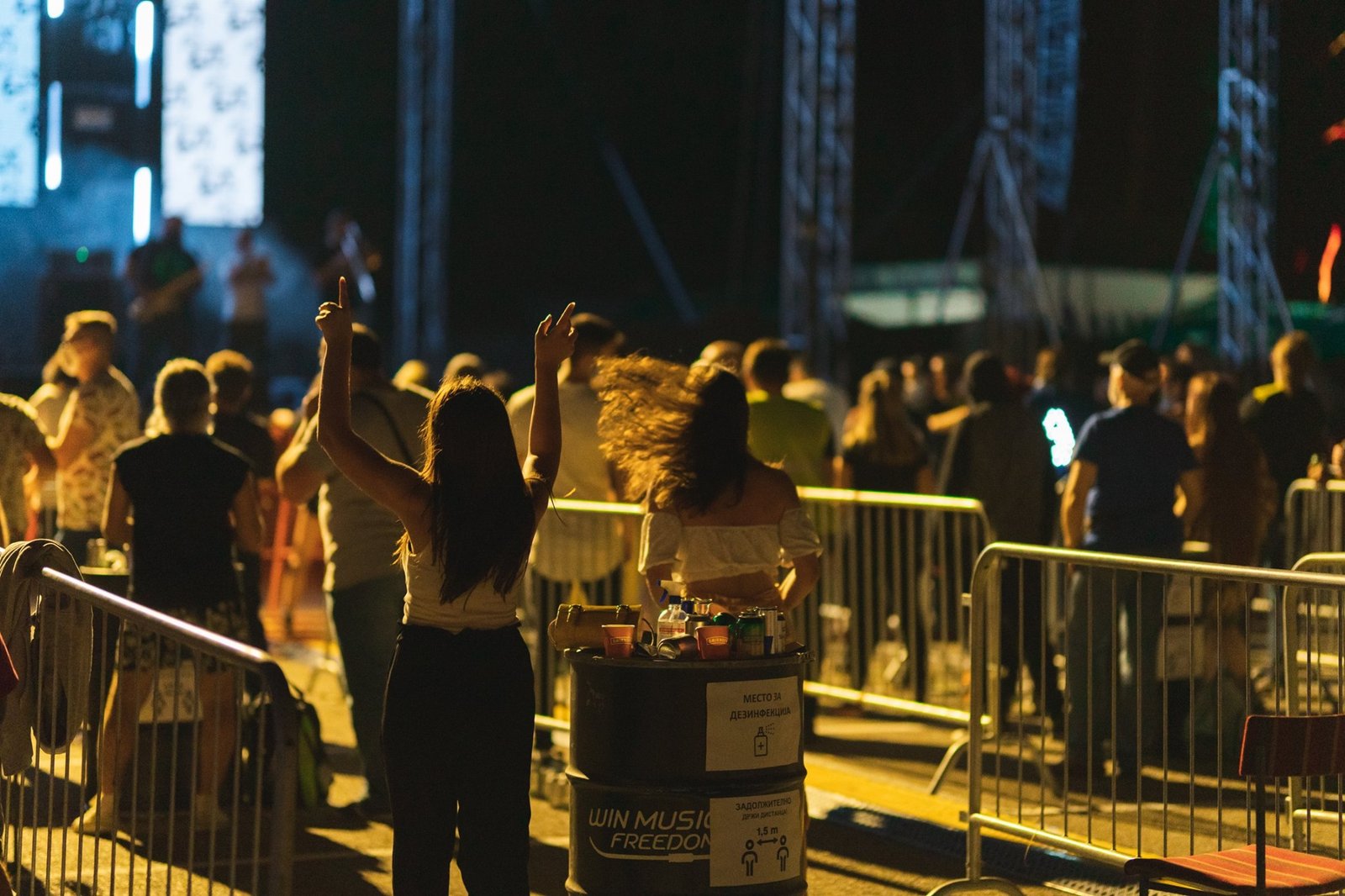 Organizing a festival during a pandemic – D Festival 2020

With the arrival of Covid 19, things had to change when it came to organizing the festival because of all of the restrictions and measurements that were brought. D Festival lasts for 3 days, has 5 stages spreaded through the city of Dojran and a camping site, so providing a safe event during a pandemic was an even bigger challenge than before.
The safety protocol stated the following measurements: wearing a mask, non stop disinfection, measuring temperature, physical distancing and it applied to everyone on site including artists, organization and audience. This was regulated by a lot of inspections that brought additional stress to everyone.

Lots of questions and unknowns were present since this was a new situation for the whole music industry and most importantly for the health and safety strategy. As a production manager these issues brought a lot of stress and sleepless nights for how to keep the audience safe, how not to spread the virus and still provide a positive experience no matter the restrictions.

D Festival spreads positive energy and has a very fulfilling program (workshops, panels, social and creative activities, concerts) so we had to reorganize everything and create a smart program that doesn’t bring people in risk.
The first step we did was focusing on a one day night program only and limited capacity, booking only local artists, no camping site was available and only the Main stage was open, so the audience had the chance to attend for only a couple of hours which was very sad to see but on the other hand it was the safest way for everyone.

The program was fixed and the next step was the production of this new form. This meant to isolate the artists from each other, protect the core crew and staff, create safety zones for the audience so they don’t interact and still have fun.
The artists had a strict protocol in the backstage area, provided with isolated rooms. The whole site was marked with squares where maximum 4 people can stand or sit, with provided disefenction gels in every single square. We increased the number of security so the control is better in case somebody is not following the measurements or not feeling good and of course a medical team was available on site in case of emergency. The bars and toilets had one way directions so people didn’t gather at once, so the most important thing was to mark everything and have clear signs for the people to follow.

All of these segments played a big role in the marketing campaign, so we included the whole safety protocol in the festival map so everyone knows how to move and where to do certain things, created tips for safe partying and educated the audience as much as possible for the needed behavior to make this happen and not to cause any problems.

Once the doors were open, that’s when the real adrenaline kicked in and all the fears started giving the chills to the whole team. We created a team position plan so we can follow how the crowd moves and see if they are aware of the signs and if it’s all clear to them but at the same we used the plan to communicate between each other and react when it’s needed.

As the audience approached the site, most of them exactly knew where to stand, how to buy a drink, how to keep themselves safe and they followed measurements. For the ones who were not aware, we guided them through the process and everything was in order.

When the festival started, we made sure that we kept informing the audience for safety measurements through video and audio messages, as the security was doing their job too and helped to run smoothly.

At the end of the day, the festival was successfully organized and safe to visit, the audience was happy and we received positive criticism from the media.